Aids to navigation consist of a standardized system of light stations, buoys, and day beacons to assist vessels in determining their position or course, mark channels, to alert a vessel of dangers or hazards, and to indicate the preferred route where channels intersect.

Channel Buoys – Port and Starboard are Red and Green lights or buoys mark the sides of channels. It is important to know whether you are going upstream, into or out of harbor and which way the tide comes in (flood). This will determine on which side you should pass Red or Green channel markers. 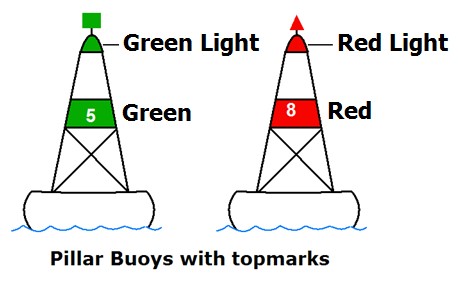 The shape of a buoy can be cylindrical (called a ‘can’ because of its shape), conical (cone), spar and pillar. 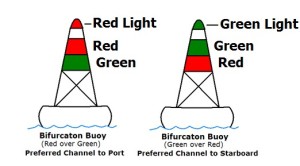 All bifurcation buoys will show markings of either ‘green over red’ or ‘red over green’. The top color is the dominant color.

Isolated danger buoys are characterized by flashing white lights (if lighted) and black, red, black (BRB) horizontal lines. The top mark on an isolated danger buoy consist of two balls or discs, one over the other. 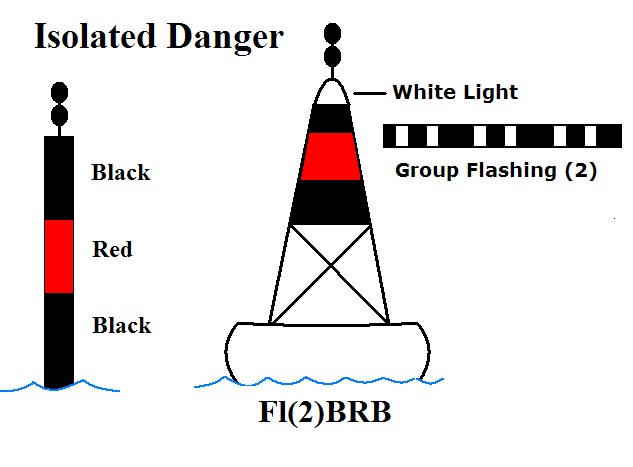 Safewater or Mid-Channel Buoys indicate that there is safe water in all directions around the buoy. They are typically used to mark the entrance to channels or the centerline of channels.

Fairway buoys, when marking the centerline of channels, should always be kept to port.

Fairway Buoys are identified by their red and white (RW) vertical lines. The top mark consists of one single ball or disc. If lighted, the light will be a white light flashing either the letter ‘A’ in Morse Code or a single flashing spaced 10 seconds apart. 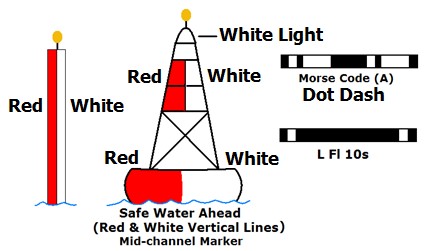 A Cautionary Buoy is yellow and is used to mark areas of danger such as firing ranges, underwater pipelines, exposed cables, race courses, seaplane bases or areas where no through channel exists.

Always check your chart to determine the particular usage of a yellow cautionary buoy and the nature of the danger being marked.

Mooring Buoys are white with an orange top and are used for securing vessels. Never pass between a boat and the mooring it is secured to.

Anchorage Buoys are yellow and are clearly identified by the shape of an anchor on the side. Anchorage buoys mark the outside perimeter of designated anchorage areas.

Regulatory Buoys are white with orange markings and are used to identify exclusion areas (keep out), speed limits or boat wash restrictions and general information (name of area or marina, marker for campsites, etc.). 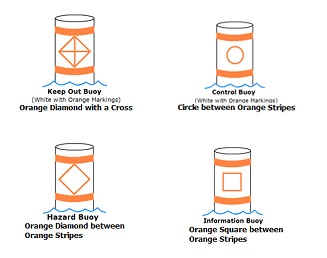 Cardinal Buoys indicate the location of a hazard and the direction of safest or deepest water in relation to the named cardinal buoy using the four cardinal points of the compass (North, South, East, West). Accordingly, a North cardinal buoy indicates that the safest water lies to the North of the buoy. It is always important to keep a cardinal buoy between yourself and the area of danger. 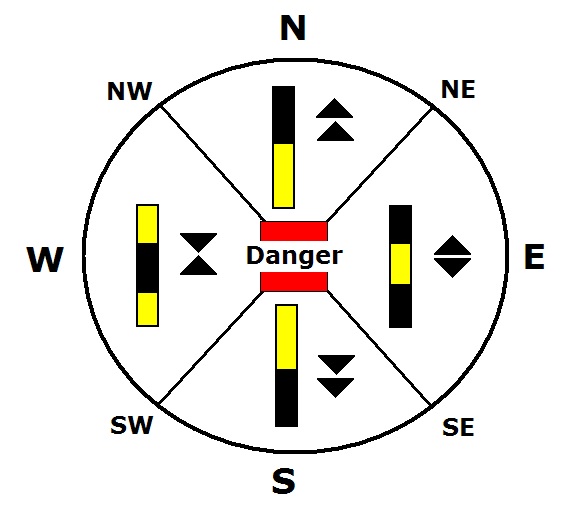 Cardinal buoys are identified by their yellow and black horizontal bands and conical topmarks. Each buoy is marked differently to distinguish it from the others. 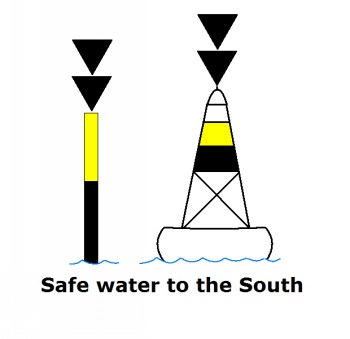 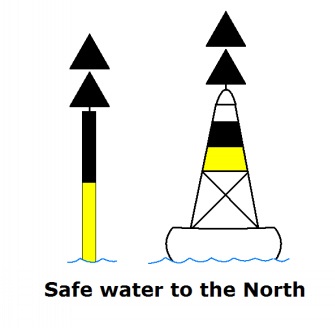 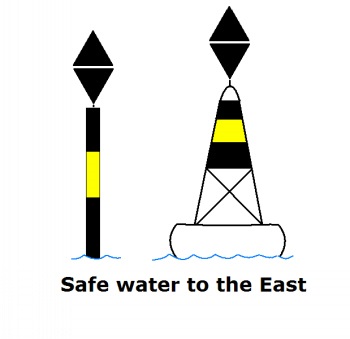 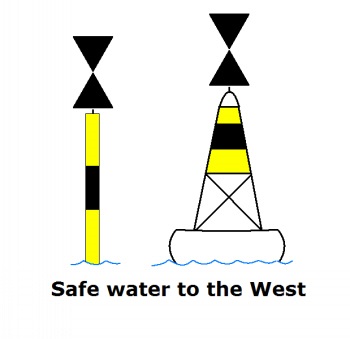